Recurly’s Gateway Failover functionality will give merchants gateway redundancy by auto-detecting gateway outages or downtime and then routing transactions to a backup gateway. Recurly automatically reverts back to the primary gateway when the issue has been resolved. This significantly reduces the impact to the business when its gateway experiences an outage.

Merchants gain peace of mind that in the event of a gateway outage, knowing that transactions will be routed to a backup gateway. Watch a video to learn more.

Need help choosing a gateway? See the Recurly blog post article for help evaluating a new gateway. Recurly offers many gateway integrations, and the ability to sign up for a merchant account easily from within Recurly for gateways such as CardConnect, which offers Recurly exclusive pricing. To see the gateways Recurly supports in your country, please visit https://recurly.com/gateways/

Gateway Failover is available on Recurly's Pro and Enterprise plans. 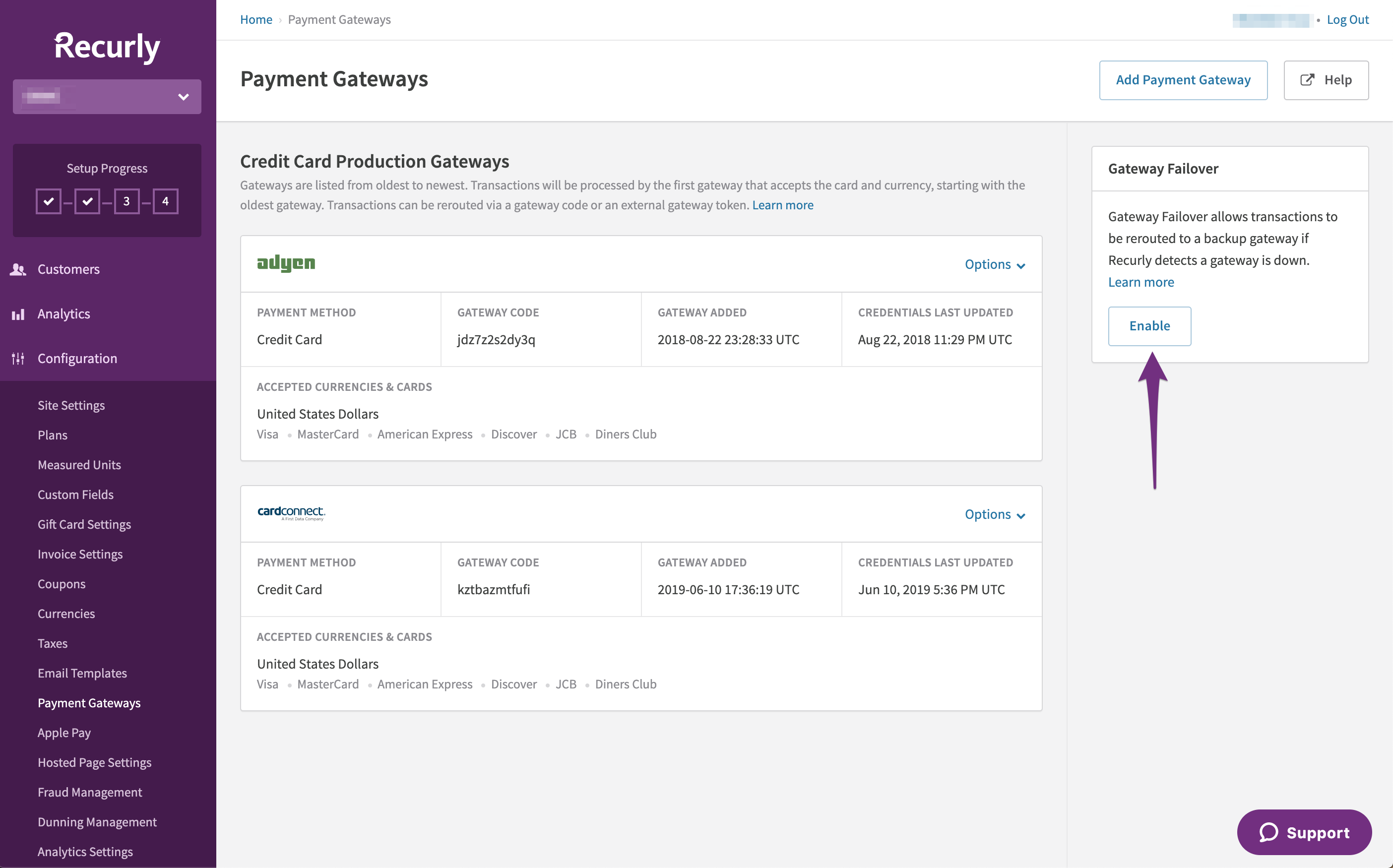 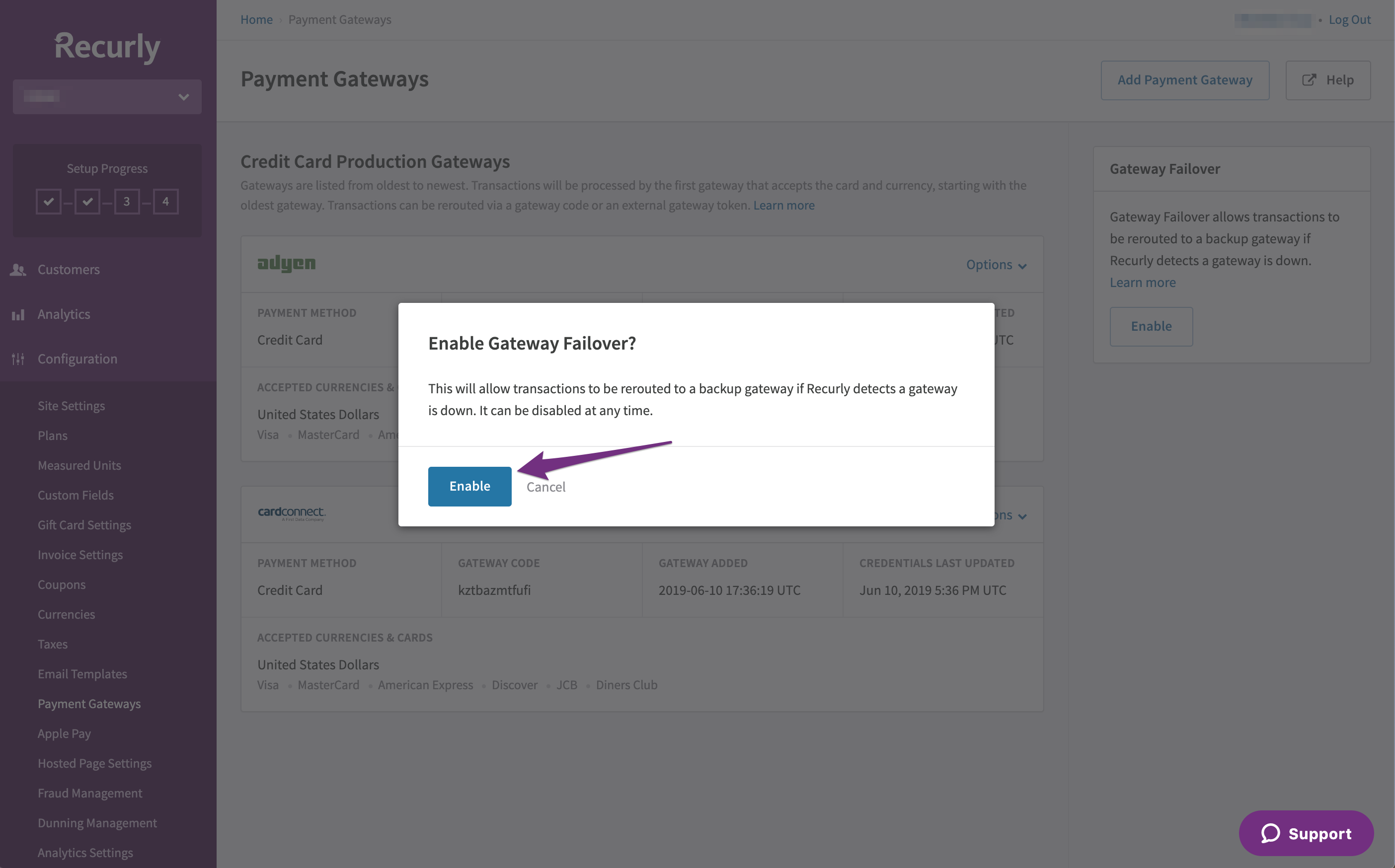 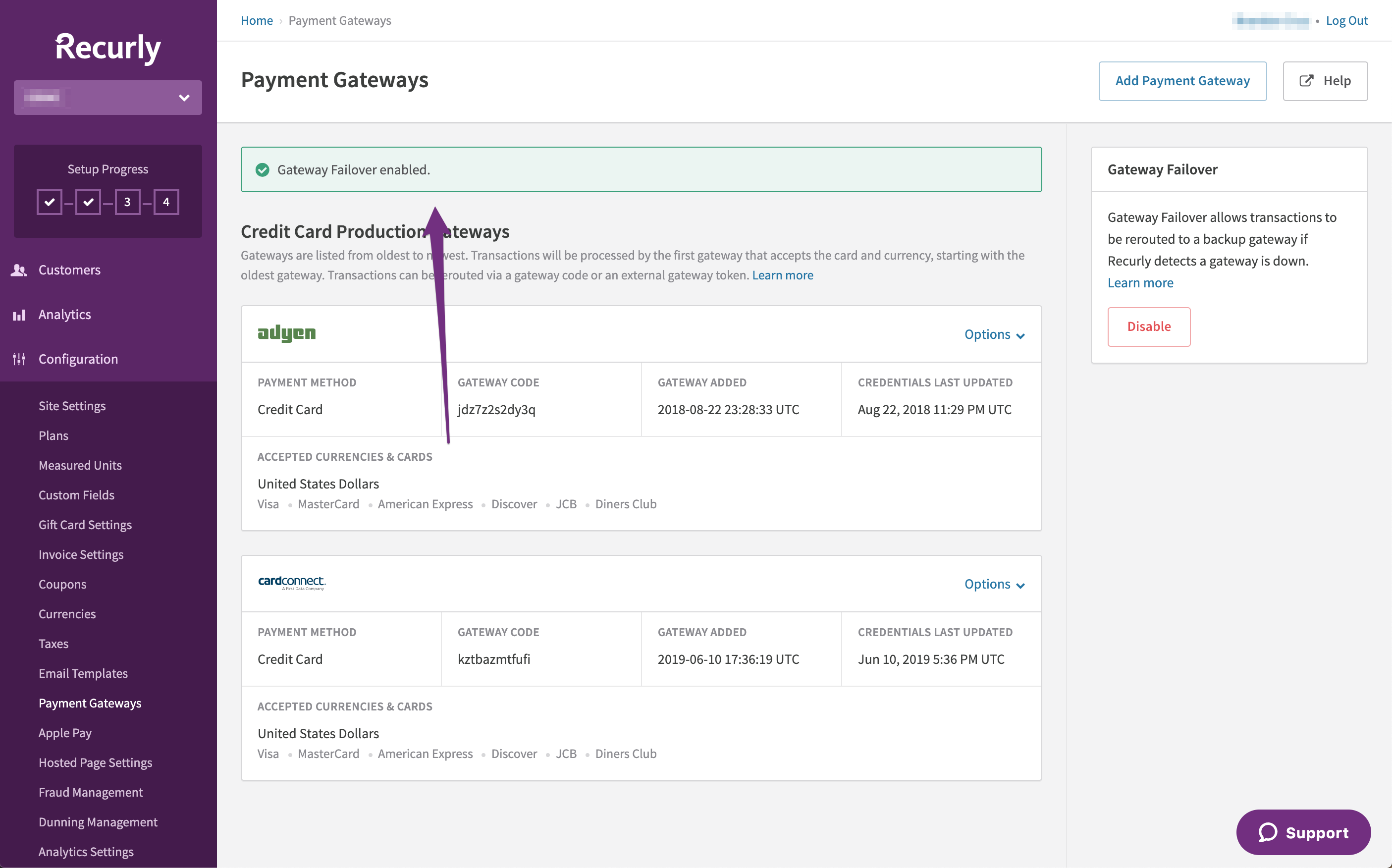 Exclude a gateway from Failover

TO EXCLUDE A GATEWAY merchants will need to complete the following steps: 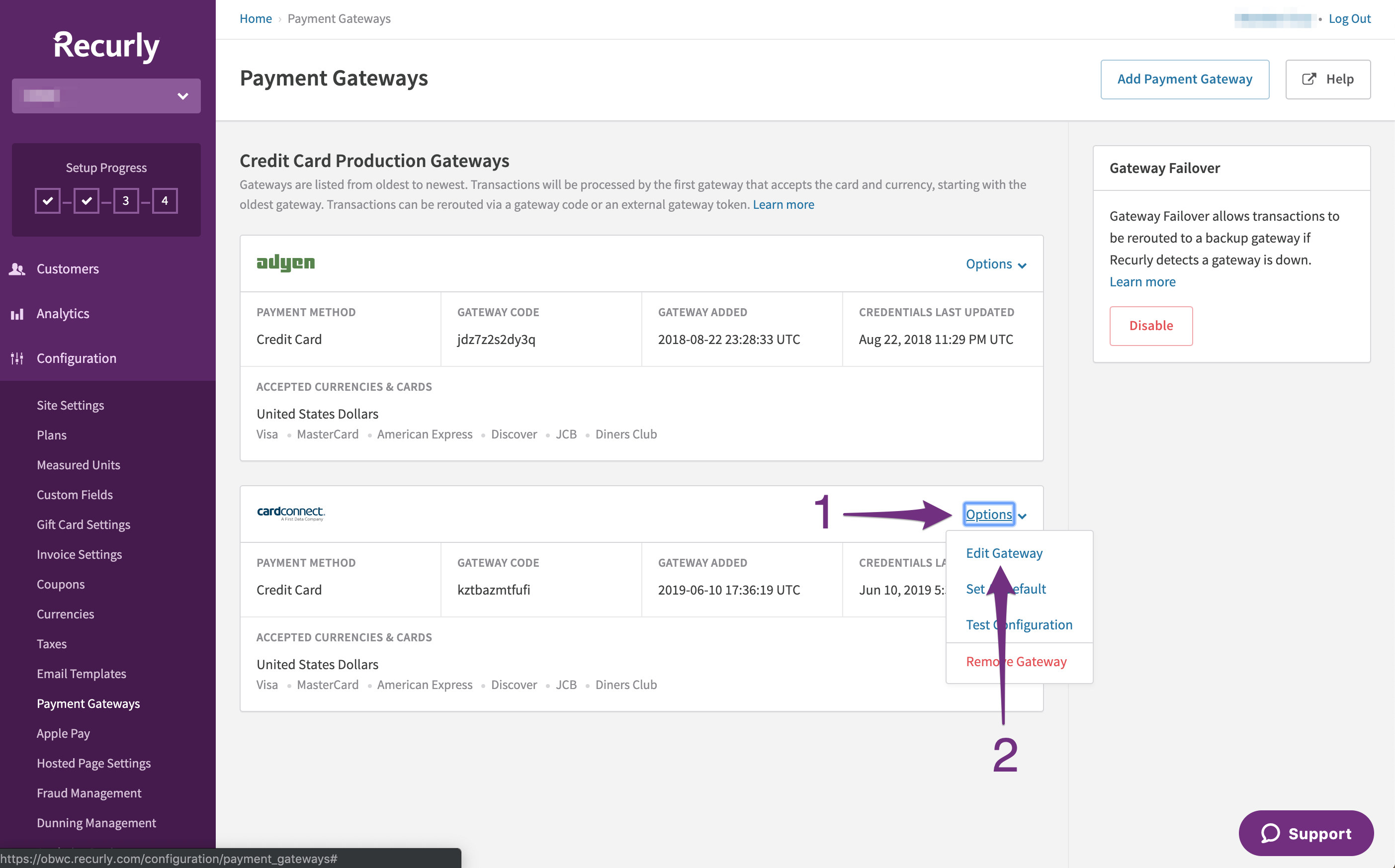 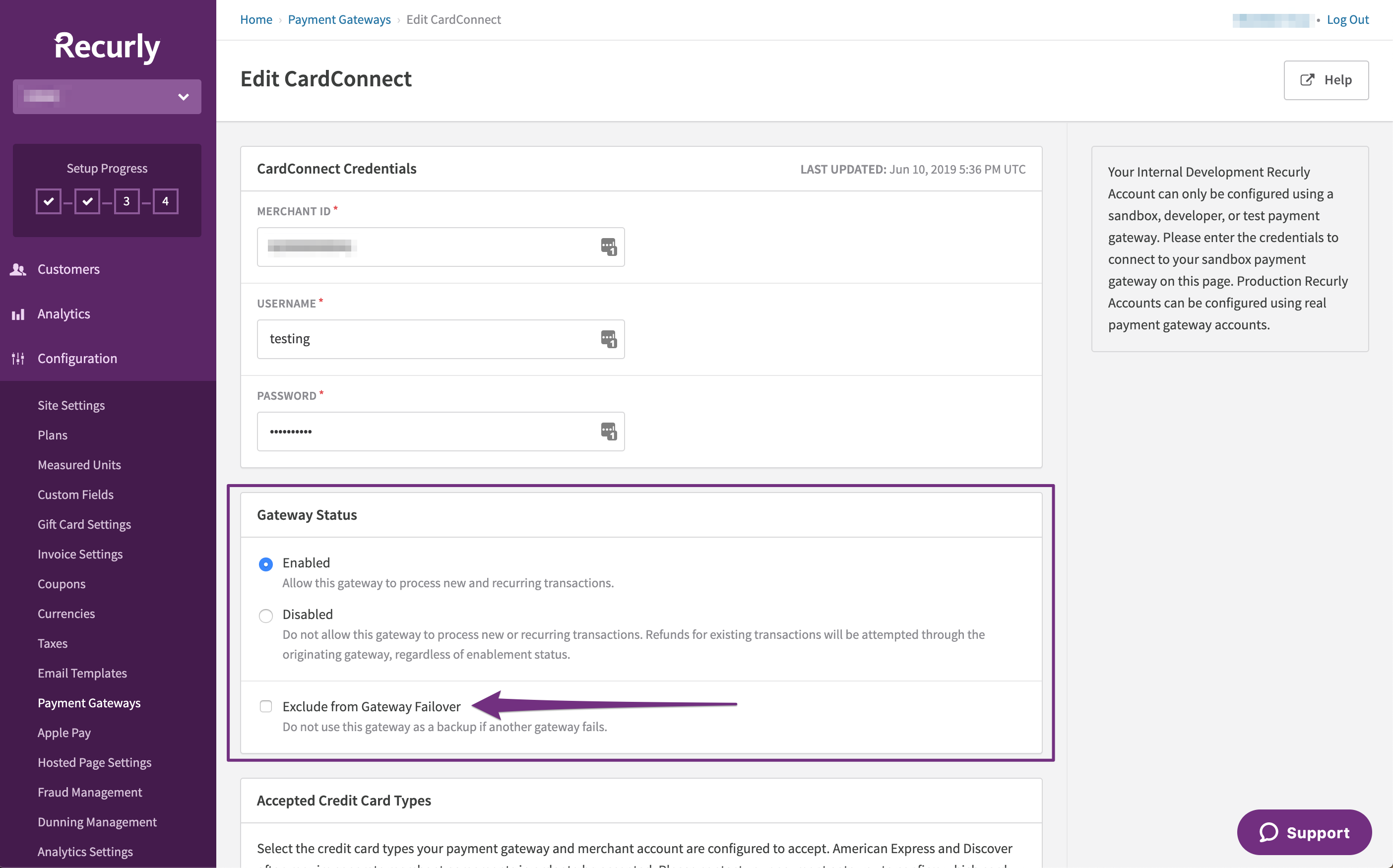 *This step is important for merchants who are using Custom Gateway Routing and do not wish for any failover transactions to be routed to a gateway used for specific purposes.