This functionality is available via API and select client libraries. The 3 related API endpoints are:

Authorizing first and capturing funds later allows you to (for example):

There are no per transaction fees for authorizations. Merchants will only be charged for captures. Note, this is separate from verifications, which will still incur standard Recurly transaction fees.

The following is not supported at this time: 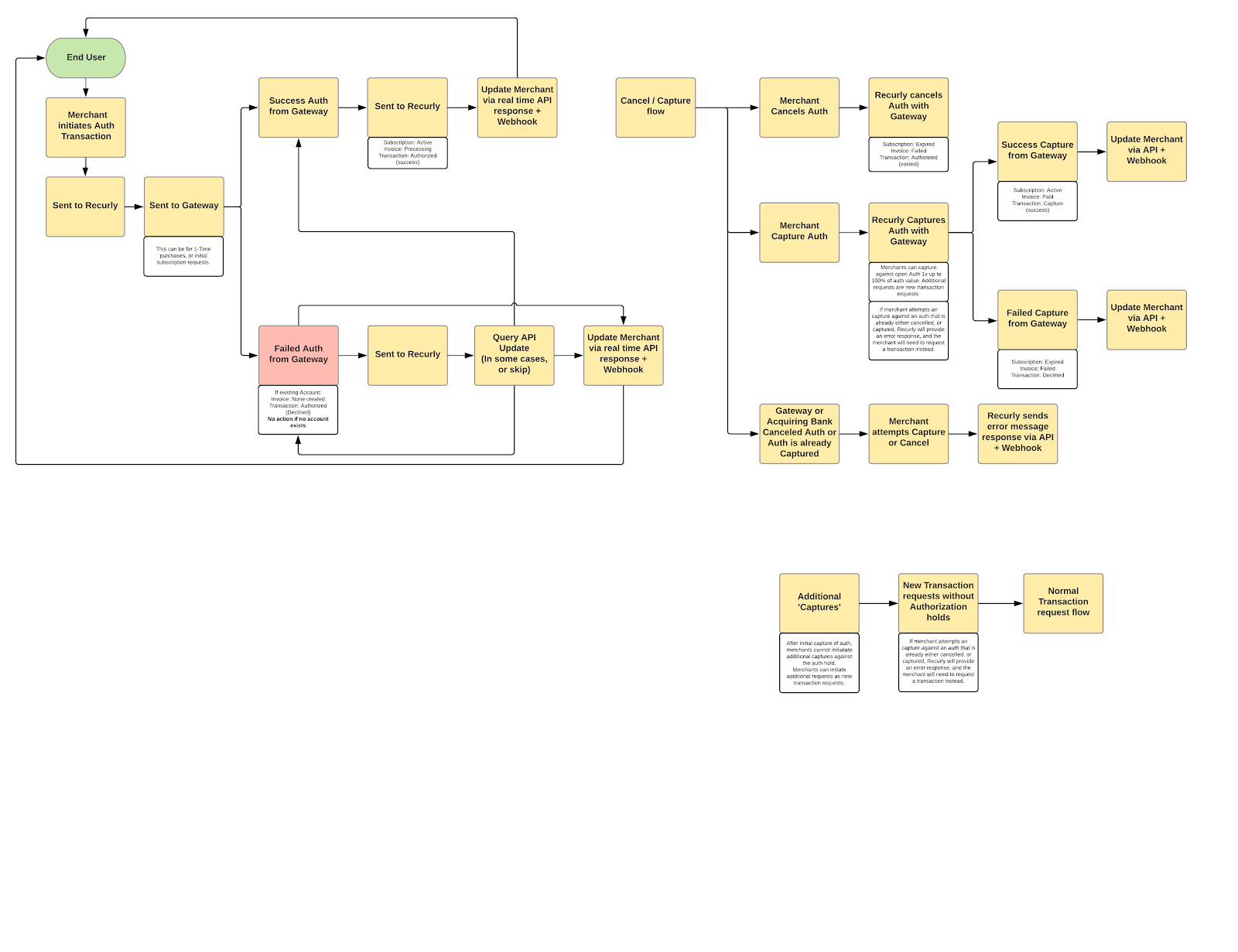